Helping millions of Game of Thrones TV fans to read along

A change of medium.

Millions of viewers across the globe love the Game of Thrones TV series, yet only a small percentage read the story in book form.

Existing campaign applications failed to have the expected effect on reader numbers. With this in mind, HarperCollins, the global publisher responsible for the Game of Thrones books in the UK market came to Reason for a different approach to translating viewers into readers.

downloads in the first week

User research revealed that for TV show fans, a highlight of their week included talking about the latest episode with friends and colleagues, discussing theories and dissecting developments in the story.

But when it came to translating their interest to reading the books, the sheer size of each novel put them off as they felt they already had an oversight of the plot. Also, they didn’t want to ‘read ahead’ and spoil the TV series for themselves or friends. 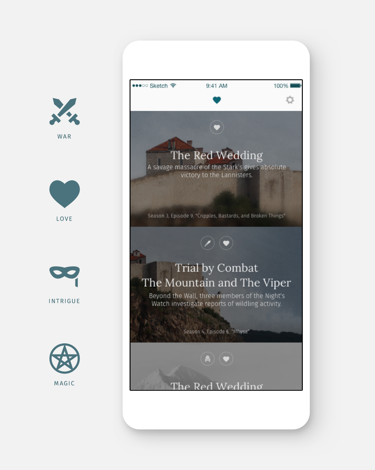 Through a combination of user-centric design, storytelling and an iterative approach, Reason created an experience that connected the blockbuster TV show with its literary roots.

Straight after each episode, key extracts from the books where made available on the app that had played out in that episode. By limiting exposure to the story to the current plot on TV, HarperCollins were able to translate Game of Thrones’ TV fans into readers in order to experience some of their favourite moments in a new way. Creating extra knowledge for app users allowed them to share book-only knowledge with their colleagues and friends as they highlighted differences between the TV show and the vision of its original creator.

A Lannister always plays his debt.

Since its launch, the app has become the most successful digital companion for any of HarperCollins’ publications. It was featured on Apple's "Best New Apps" list, in Fast Company, Beamly, The Daily Dot, Independent, MCM Buzz, and Game of Laughs Fansite and has a 5-star rating from users.

Through a beautiful intuitive interface and respecting users progress in the books and TV series, Reason’s solution allowed users to relive their favourite scenes in greater detail, to experience the emotions, connection and insight that George R. R. Martin first envisaged.

“Choosing Reason to work with on our Innovation Programme was a no-brainer due to their deep understanding of the product development process combined with the creative problem-solving their team bring to our user problems. I continue to be impressed not only with the speed of their delivery and the quality of their output but the way they work hard to ensure I am delivering as much value as possible back to HarperCollins.” 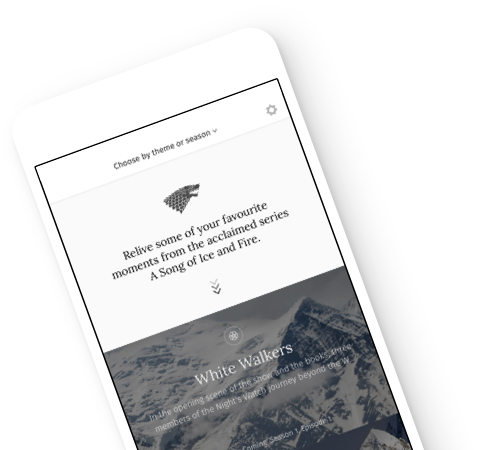