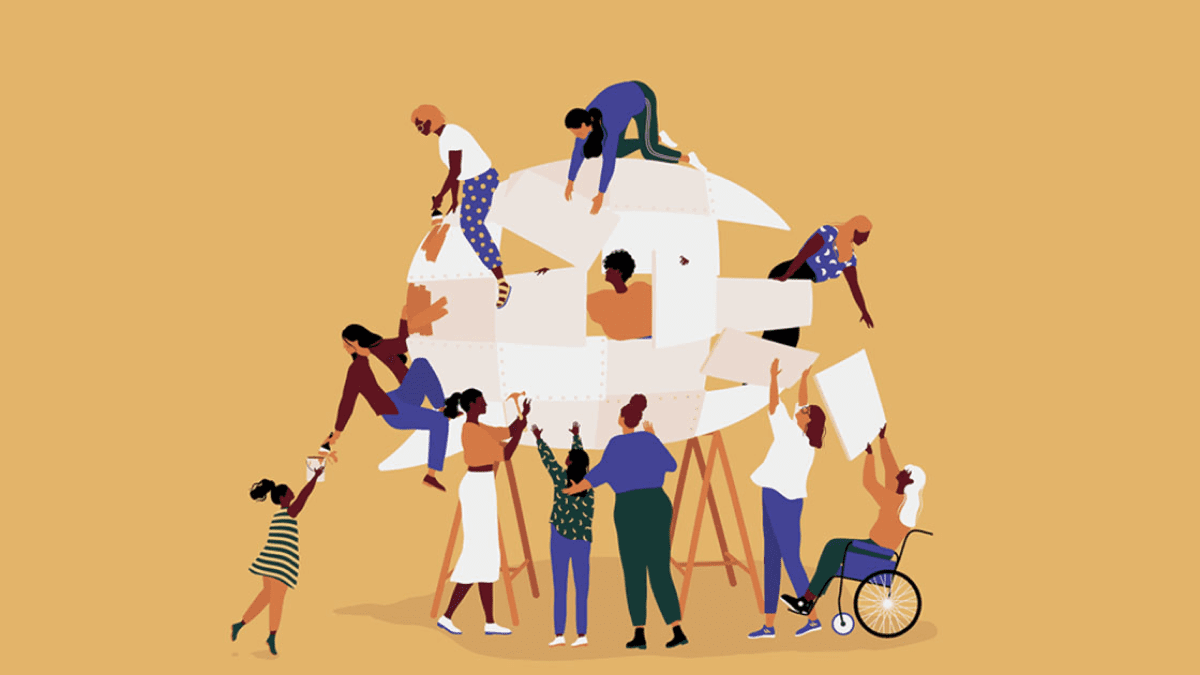 As an Asian woman living in Britain, diversity is a topic that’s very close to my heart. Working in tech, I’ve noticed that discussions around diversity are often focused on gender diversity, particularly on the lack of women in tech. Although this is definitely important, I think it’s crucial for diversity discussions to consider the intersections of race and gender. (Of course, to be truly inclusive we should also be considering race, gender identification, sexual orientation, religion, disability, socio-economic background and even personality types when talking about diversity. Needless to say, diversity and the way that all of these factors intersect is a huge subject that I’ll barely scratch the surface of in this post.) Through my experience, I’ve come to believe that to be truly inclusive, marginalised groups must be included in our advocacy efforts. Here’s why.

Being a woman in tech means having to work harder to prove yourself to others. As a woman of colour, these micro-aggressions become even more commonplace. We pass on the subtle racism just so we can fit in. In one of my placements I was asked to make my concept “look more Chinesey”, and to use stereotypical imagery to add humour. It’s difficult for anyone, especially a junior, to tell a senior member of staff that their approach may come across racist. We have to constantly assess the consequences of speaking honestly for fear of it impacting our career. We spend a lot of time biting our tongue and beating ourselves up about doing so. 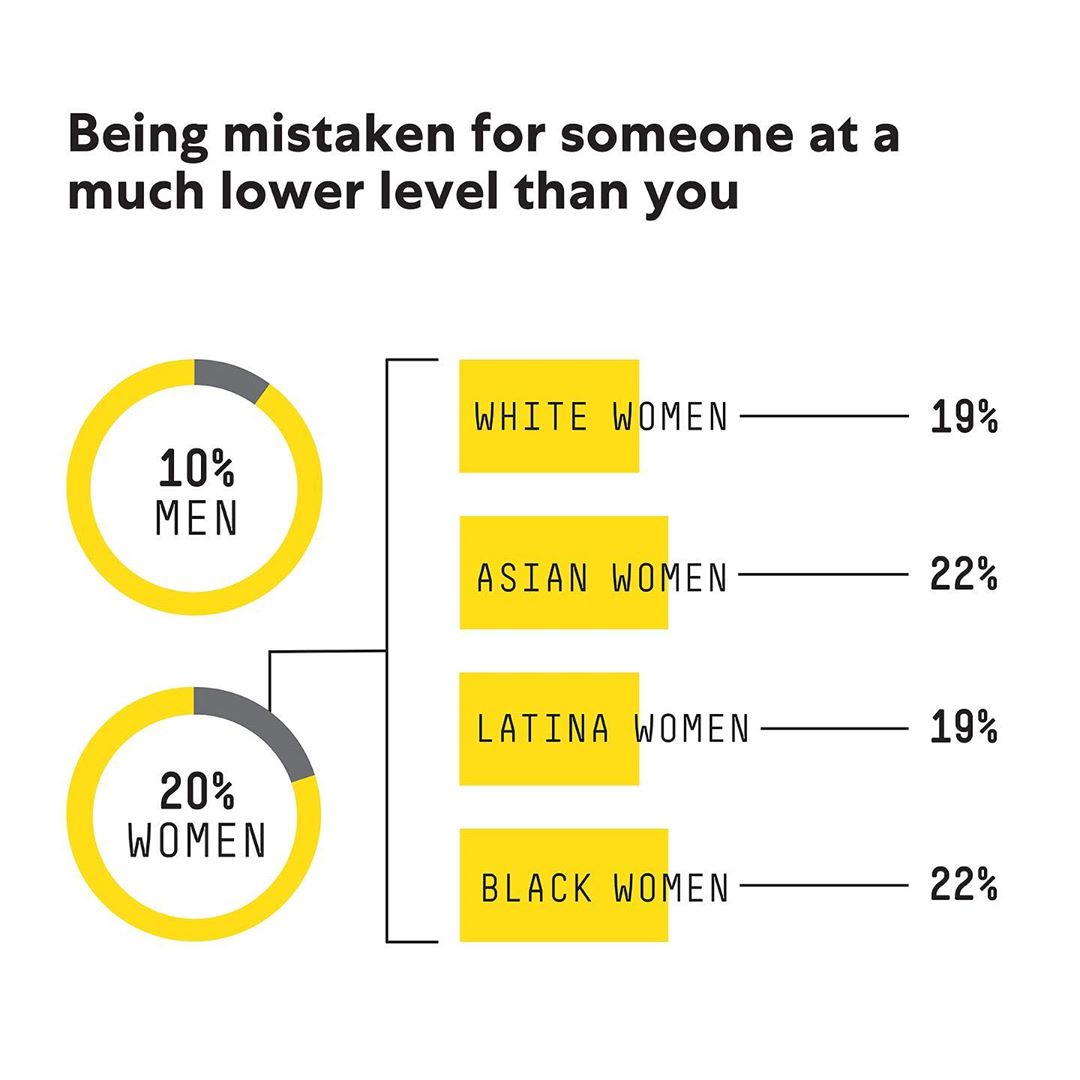 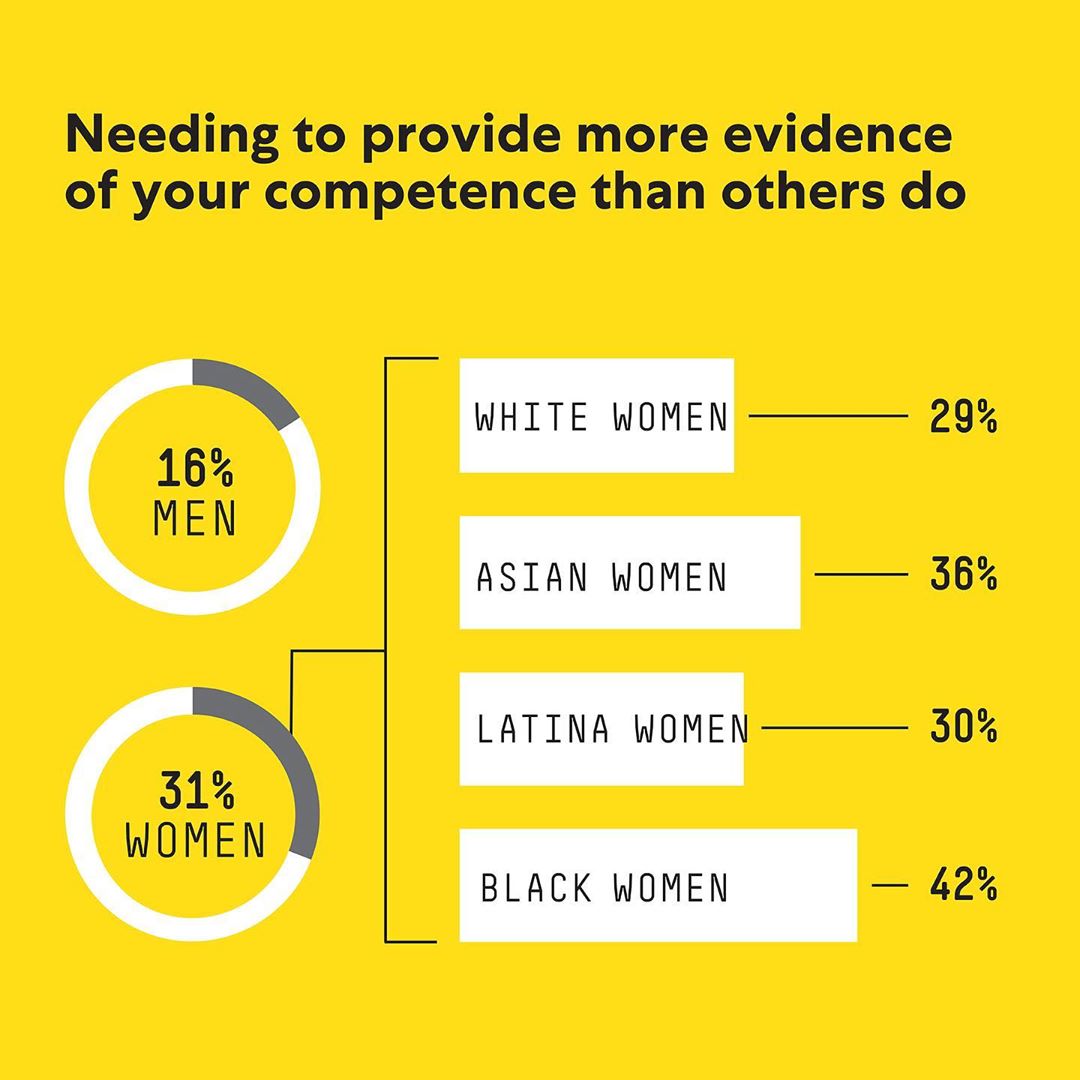 We live in a society where people find it uncomfortable to talk about race or gender bias, and being ‘colour-blind’ is almost celebrated. Yet, being colour-blind means ignoring the still-real oppression that minorities face, not only based on gender but also as someone who isn’t white.

This can have serious implications on the hiring process, particularly as unconscious biases can easily influence the interview process. With white men being 41% more likely to be executives than white women, it’s evident that tech is a white, male dominant industry. But that doesn’t tell the full story. What’s less common knowledge is that they are 260% more likely than Asian women, and over 400% more likely to hold those positions than Black and Latin women. In every interview I’ve been to, the final step has been the good old ‘will you fit into our workplace culture?’ test. What are the chances that a white male manager is likely to easily relate to a woman from a minority background as they would to another white man? Whilst this is clearly a simplistic example, as Renni-Edo Lodge, the author of ‘Why I’m No Longer Talking to White People about Race’, puts it “whiteness gives people a leg-up as it gives a familiarity that warms an interviewer to a candidate”. We are ostracised as early on as the interview phase because of our gender and race.

This is why it’s even more important to have people from minority groups in leadership roles. Not only are they likely to enable more inclusive hiring, I believe that they are also more likely to attract people from a diverse range of backgrounds. The ‘see it, be it’ phenomenon means people are given the confidence to strive for a similar position if they see someone ‘like’ them already doing it. However, there is a bigger advantage than this. Whilst there’s been a lot of talk about the gender pay gap, it’s less commonly discussed that women from Black, Asian and Minority Ethnic groups make far less than their white counterparts. The pay gap between white women and women of colour is one of the fastest growing wage gaps. Without hiring people from multicultural backgrounds, how will we ever notice, much less challenge, these situations that needs to be approached with empathy and cultural sensitivity?

These statistics are eye-opening, and shows just how pertinent it is to consider race when hiring inclusively. But I’d grown up knowing that this is what it would mean to be from a minority group in tech. In fact, growing up in Kent, I’m used to being one of the six ‘people of colour’ in a school year group of 200 people. So, being in an environment where I don’t see many people like me is something I’m used to. But it wasn’t until I started working as a designer that I started to see just how damaging this can be, beyond the emotional strain it can cause an individual.

During an interview at an ad agency, I was told that the creative team was briefed to create a concept for an Indian audience. A major source of research at the start of the project was Buzzfeed, where a listicle of ‘Top 20 Indian stereotypes’ inspired the first round of concepts. As a designer, particularly in advertising, we have a level of control over how people see each other, and the world as a whole. Without a diverse team informing ideas and concepts, it’s difficult to know what’s right or wrong and when you’re perpetuating stereotypes. It’s even more difficult to spot subtle racism without having someone who had actually experienced it being part of the team.

For example, Old Spice received nationwide praise for being ‘post-racial’ solely for using a black male protagonist in their advert, which used to be uncommon. But the advert still perpetuates stereotypes of black masculinity as either aggressive or hyper-sexual. Without knowing the history behind these stereotypes, how they came to be there, or even the consequences it may have on individuals it’s difficult to design something truly ‘post-racial’. This is where an ethnically diverse team can help. Broader cultural sensitivity can ultimately lead to more innovative concepts, rather than recycling and repeating stereotypes in a modern way.

It’s our responsibility as designers to genuinely understand our audience and their needs, and I believe that it’s our duty to shape society’s perception of race, gender, class etc. and their intersections. Without a diverse workforce that is truly capable of progressing and being heard in the industry, it’s hard to see how those norms can be broken down. Hiring diversely from the earliest stages of your business may feel like making a hard job harder - but in the long run you will benefit from a naturally broad set of experience and expertise in your team. In the pursuit of becoming better designers, and being a part of promoting genuine social progress, it will be these types of teams who drive change by breaking stereotypes and creating products and services that real people need.

If you’re interested in learning more about this topic, I really suggest these blog posts:

We look forward to seeing you at the Innovate Asia conference run by Symphony on 13th June at the...

Can brands save us, if governments are failing to?

Citizen-led activism is flourishing, and has been challenging governments & companies to address...

After two days of workshops on 9th & 10th, the conference will run as a single track on all things...